Sometimes, news just drops into your feed that you can’t ignore.

If you’re not aware, I’ve been a frequent digger of info on the state’s Wonder Falls project. Part of it was going to be a waterpark.

It seems that even businessmen are getting impatient with it.

Michael DiCienzo, who owns a bunch of things on either side of the border, wants to  build a hotel…on top of his hotel!

But that’s not all! Call in the next 10 minutes, and we’ll throw in a waterpark! 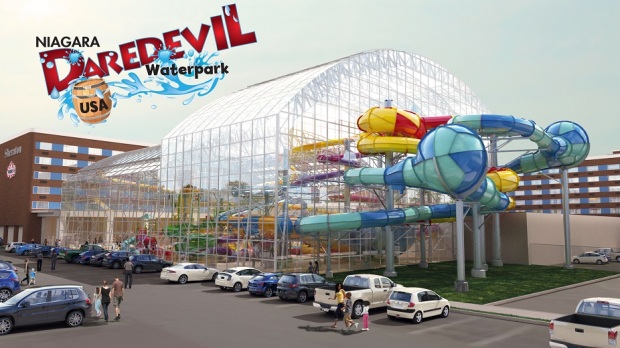 Here’s a link to the Buffalo News article so you can play along at home.

DiCienzo pointed out that this would be the only thing to do (at the moment) during the off-season.

He’s looking for some government funding for the themed waterpark, obviously.

Now, the renderings for this thing look amazing. If this happens, it’s some of what this city needs to combat the off-season drought.

I’ve been excited before, and had my heart broken before. I’m cautiously optimistic that this happens, but we’ll see where it goes.

Of course, DiCienzo is looking for money from Empire State Development, who’s in charge of Wonder Falls. If they want a waterpark, it might put a wrench in things.

3 thoughts on “Niagara Falls getting a waterpark?”