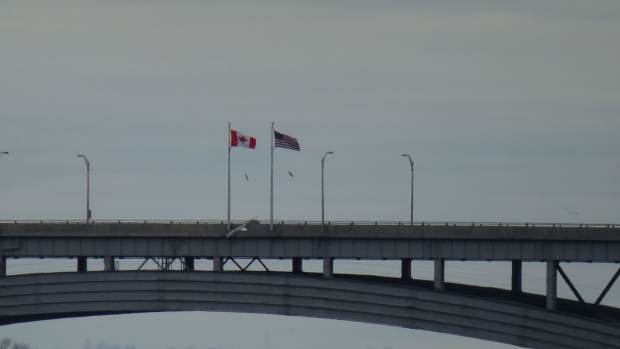 For border towns like Niagara Falls, N.Y., the Canada-U.S. dollar exchange rate is crucial to the economy.

The Loonie is currently trading a 0.81 USD, which is an impressive gain from the 0.72 USD is was trading at last May.

This gain comes after a mixed-message sent from the United States. Treasury Secretary Steve Mnuchin stated that he is not concerned with fluctuations in the USD, which was sharply contrasted by President Donald Trump stressing the need for a stronger dollar.

In the past year, the United States dollar dropped about 10 percent in relation to other G10 currencies.

Race to the bottom

While the USD may be dropping, the Loonie is considering buying lead boots.

Several Canadian economists have stated that they favor a weaker Loonie to combat U.S. trade actions. Bank of Canada continues to remain cautious, as fears over the fate of NAFTA loom over the nation’s economy.

In short: yes. A strong Canadian dollar does wonders for Niagara Falls, along with most of Western New York.

Looking at historic trends in CAD-USD trade brings the picture into focus:

On Canada Day 1990, traffic to downtown Niagara Falls, N.Y. (along with the Rainbow Centre mall) from Canada was so intense, the Niagara Falls Convention and Visitors Bureau set expected traffic levels from ‘heavy’ to ‘bananas’. This period of favorable exchange rate boosted the local economy. By the mid-2000s, Niagara Falls was in an economic drought. The Rainbow Centre mall had closed, and the Outlet Mall in Town of Niagara was limping along.

During the Loonie explosion of 2008-2015, the Fashion Outlets of Niagara falls became a booming success, to the point where the once-dead mall put in an expansion. Unfortunately, with the fall of the Canadian dollar, the Outlets is beginning to slump.

If a CAD-USD of 0.80 is the threshold for success (which it very well could be based on history), the recent Loonie resurgence might put the local economy back on track.

Be sure to follow SheepieNiagara for all things Niagara Falls, U.S.A.