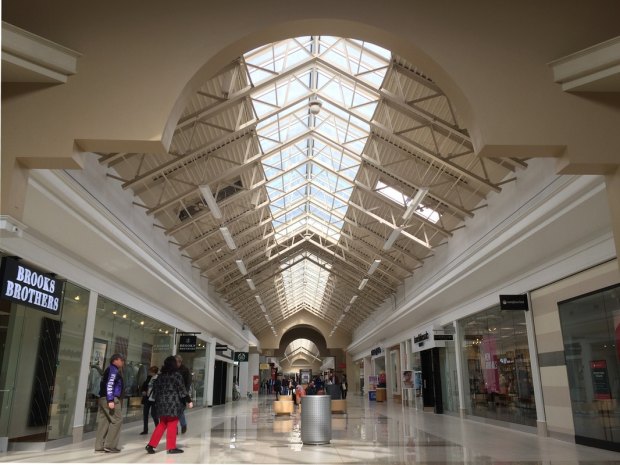 If you’re a regular here on my blog, you are quite familiar with my shopping mall obsession.

Very. Familiar. With. It.

In fact my only Google Alert set up is for the long-gone Summit Park Mall in Wheatfield.

In case you haven’t been paying attention to the news, malls are apparently in a death spiral.

I say “apparently” because I don’t actually think retail is in danger of collapsing to the omnipotent internet.

This awesome article from Retail Dive seems to support my theory that the shopping mall (at least in concept) is not dead. I highly recommend reading through it so you can get a clear picture of what I’m talking about.

Space wise, malls are actually slowly gaining. At the worst, malls are stagnant in growth, which is far from the total collapse paraded by the news.

If malls are stable, why are many malls still closing? The answer is simple: Department Stores are dead.

Of course, that’s a gross oversimplification. If you read the Retail Dive article (which I’m linking again because you need to read this), you’ll see how malls are being converted into mixed-use destinations. One-stop shopping doesn’t have a draw in the age of Amazon, but an experience always does. Hence why they’re trying to turn the Summit Mall into a sportsplex.  Retail still works. Even Amazon is attempting to get into brick-and-mortar with their attempt to buy Whole Foods (which might be the most pretentious sentence I’ve ever had to write on this blog).

So before we ink the death certificate on the American shopping mall, we should probably check the body: there just might be a pulse.

One thought on “The shopping mall is not dead”