Flock, I finally did it: I rode Maid of the Mist.

In my 22 years of life in Niagara Falls, I have never been on Maid of the Mist or Cave of the Winds. I was told by a friend of mine (a certain goat who shall NOT BE NAMED) that I was committing blasphemy against my native town.

Last week, I took a Gray Line sightseeing tour of Niagara Falls. Honestly, it was a great tour: if you only have one day to spend in the Falls (and I really hope that you have longer,) this is the best way to see everything. I was on a tour with Tom, who actually told me facts about Niagara Falls that I didn’t even know! Do you know how hard that is to do? Do you know how exciting it is to be on a tour and learn about a guy taking a Jet-Ski over the Falls? Now I get why people take these tours. 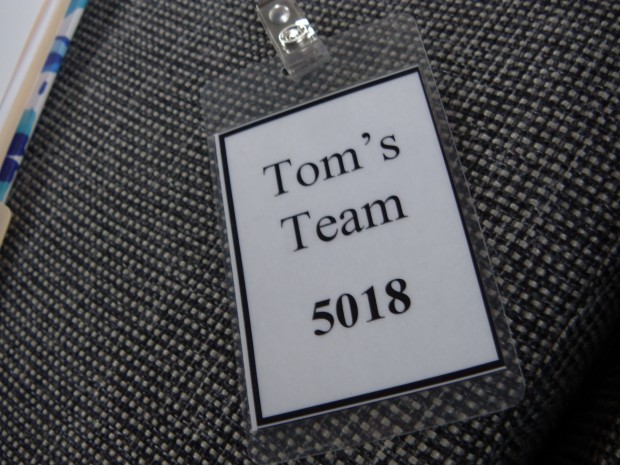 You’re not a real tourist if you don’t have a tour tag to bolted to your chest.

Of course, since a bus tour is the most touristy thing ever, it obviously included Cave of the Winds and Maid of the Mist.

The Maid of the Mist is one of those things that just screams “Niagara Falls.” You’re standing on a boat in giant blue ponchos being beaten by the mist, and just being fully immersed into the Falls.

There was a bit of wind the day I went, so the water was beating against me. Luckily, I brought a waterproof camera. Passing by the American Falls was something to behold: I had always seen it from the top. It looks so much cooler from the base. 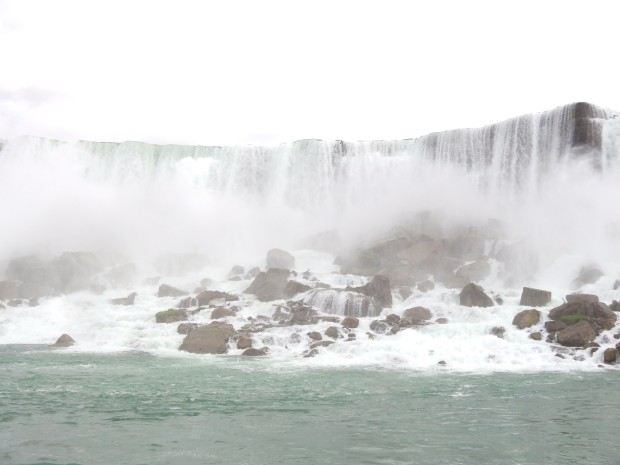 Heavenly glow included in the price of admission

As you’re in awe of the American Falls, you’re thrown into the basin of the Horseshoe. The wind was whipping, I was soaked, and I could barely make out what was in front of me. Every sense was overloaded, and I was just left in a goopy mess of euphoria. 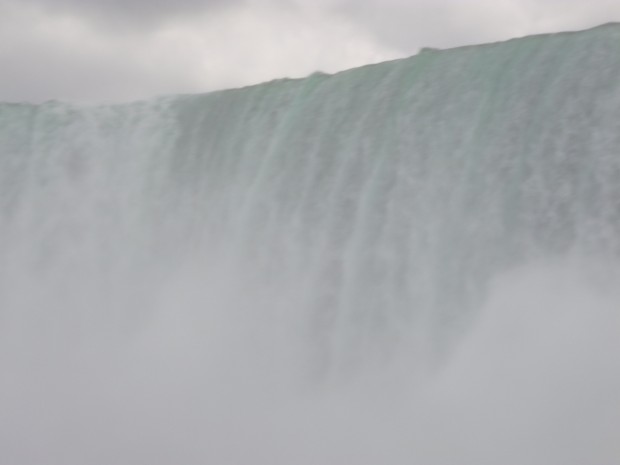 You really become one with the mist.

The boat turned around, heading back to shore, and I was left in this blank awe of the majesty of Niagara. I get it. I get why people kept telling me to go on Maid of the Mist. If you come to Niagara Falls, you absolutely need to do it.

Tune in tomorrow when we explore the Cave of the Winds, and get closer to the Falls than anybody probably would ever want to!

2 thoughts on “Sheepie Takes on Maid of the Mist”