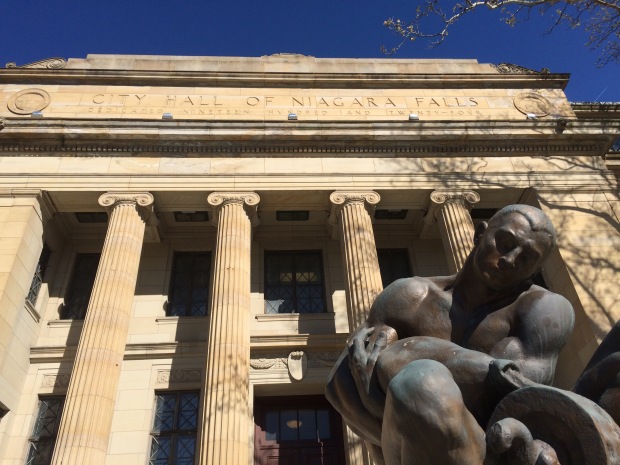 A new petition through Change.org is demanding that the City of Niagara Falls institute a financial control board.

The petition, started by resident Terri Kline, currently has a little over 200 signatures. This was enough to pique the interest of the local news.

Life in Niagara Falls has been a nonstop whirlwind of financial woes. The Seneca Niagara Casino’s withholding of revenue sharing is currently in arbitration, and the City of Niagara Falls is edging closer to serious financial deterioration. In this case, wouldn’t a control board be a viable solution?

If we look back in history, the answer is clearly no.

This isn’t Niagara’s first financial crisis. In 1976, the city was on the brink of default. Newly-christened mayor Michael C. O’Laughlin was tasked with not only righting the ship, but preventing a mutiny from the population of Niagara Falls.

O’Laughlin pulled in Donald O’Hara, who briefly served as City Manager in the Lackey administration, to take the helm again.

O’Hara’s multi-pronged strategy did feature something similar, but distinct from a control board: the City Management Advisory Board. This was a collective of government, private business, and residents working together to slow down the city’s $1-million yearly deficit.

Through a collected and deliberate effort among all of Niagara Falls, the city flipped around its financial outlook.

The history of Niagara Falls has been cyclical. We tend to fall into the same traps we fell into years ago, while ignoring what had solved these problems back then. The good news is that Niagara Falls is changing. Movements like #LiveNF and P.A.R.P. are pushing forward, and helping the city get back on track. Regardless of your opinions on how and why the city fell, you cannot deny that we are heading in the right direction.

This city does not need a control board: it needs an advisory board. It needs people that care about the city, businesses that recognize the value of shared partnership, and government officials that will do what is right for Niagara, regardless of the tide of opinion. Let’s take the words of Mayor Mike to heart:

“We can have have a spring of hope in our city by joining our hands in concert. It
can be done with your and God’s help.” – Mayor Michael C. O’Laughlin, 1976