Since I picked apart the Eastern Hills and Boulevard malls, I feel it only right to take a look at my current favorite mall, the Fashion Outlets of Niagara Falls, USA (or as we call it here: The Outlets).

The Outlets are the only mall around here besides the Galleria that doesn’t have an outright vacancy crisis. At least, that’s what the mall is very good at showing you. This is one of the few malls where you won’t consciously acknowledge vacant storefronts. That’s because they literally make the disappear into the background.

With the exception of the Falls Market (the closed gate and black tarp), all closed stores have had their sign area spackled and repainted, their windows blacked out, and sections turned into diorama-style billboards for other stores in the mall. If you didn’t spend a lot of time in the mall, you would have no idea what used to be where, if you even notice the vacancy at all.

Of course, this method occasionally fails. While Bath & Body Works was working on their remodel, a large strip of the mall became what I like to call “death row”

An entire section of closed stores draws you into the former BFLO, which made this section a bit dreary prior to Bath & Body’s return.

On the other hand, Claire’s.

There’s also a new Champion store, which proves that the mall has no issue finding tenants.

This mall even has the highest tally of sheep: another reason it’s my favorite.

So that’s the Fashion Outlets of Niagara Falls. If you’re lucky, you might even see me there.

2 thoughts on “What Even Is the Fashion Outlets of Niagara Falls?” 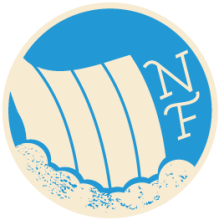