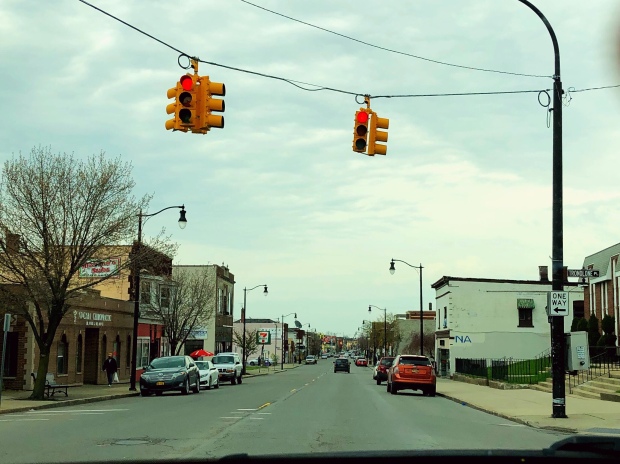 This all comes after repeated high profile incidents on the street (including a recent robbery at DiCamillo’s that caused Councilman Kennedy to call a press conference in the market).

Of course, there’s an anecdote in the Niagara Gazette today that brings to light the real issues of Pine Avenue:

The crowd packing the Niagara Falls City Council chambers Tuesday night groaned as Marsha Massaro spoke. The owner of the Pet Stuff Store on Pine Avenue told the crowd…she was being forced from the…business district.

“My store is right next to DiCamillo’s…I can’t afford a security guard, so I will be closing my business. People are telling me they don’t want to come to Pine Avenue.”

If you ask anybody in the city, they will tell you how tough of a street Pine Avenue is to do business on. The places that have been able to make a dent are either legacies (Como, Michael’s, Latina’s, The Marketside) or have a strong following (755, Pho Golden). The Pine Avenue Redevelopment Program is pushing hard to revitalize the street, and it does appear to be working. There’s more construction on the busy street than we’ve seen in a while, which is always a good sign.

The real issue with Pine Avenue is that, unless you have that following, your business might not be strong enough to stay.

The notorious fiasco of Carmine’s is the de-facto example of failing on Pine Avenue. When it was announced Carmine’s was being “pushed out” so a soup kitchen could be opened, the city was in an uproar. The one person who remained silent during the chaos was Carmine himself, until he revealed his cards. There are numerous reports of Carmine being frustrated that he couldn’t gain the old Pete’s Market House crowd (the former restaurant in his location), and was losing money. Allegedly, he desperately wanted to get off of Pine, and had no issue with the soup kitchen taking over. I personally heard this conversation take place at The Marketside back when it was occurring (the perks of eating local), so I tend to believe it.

Marsha’s argument that people “don’t want to come to Pine Avenue” is only partially valid. Pine Avenue is a city street if ever there was one. It is an urban core street, complete with jaywalkers and traffic (driving down the street is the best test of reflexes you can get). Pine pulls traffic naturally, but the business has to work with the street.

And yes, there are people who don’t want to go to Pine. These people haven’t wanted to go to Pine for years. The real answer for The Pet Stuff Store is that is probably wasn’t turning a strong enough profit. The robbery next door at DiCamillo just pushed everything over the edge.

On the flipside, businesses that were downtown are moving to Pine Avenue. Both Marino’s and Dosa Hut were in the downtown corridor, and both recently migrated to Little Italy Pine Avenue. Horizons health is expanding out of the old Fichte eyecare, and Latina’s got an upgrade.

Pine Avenue isn’t necessarily a problem, but it does have problems. I grew up on Pine, and I will forever be part of Pine, so I can assure you: Pine Avenue will be fine (even if traffic is a pain).

3 thoughts on “The Pain of Pine Avenue”